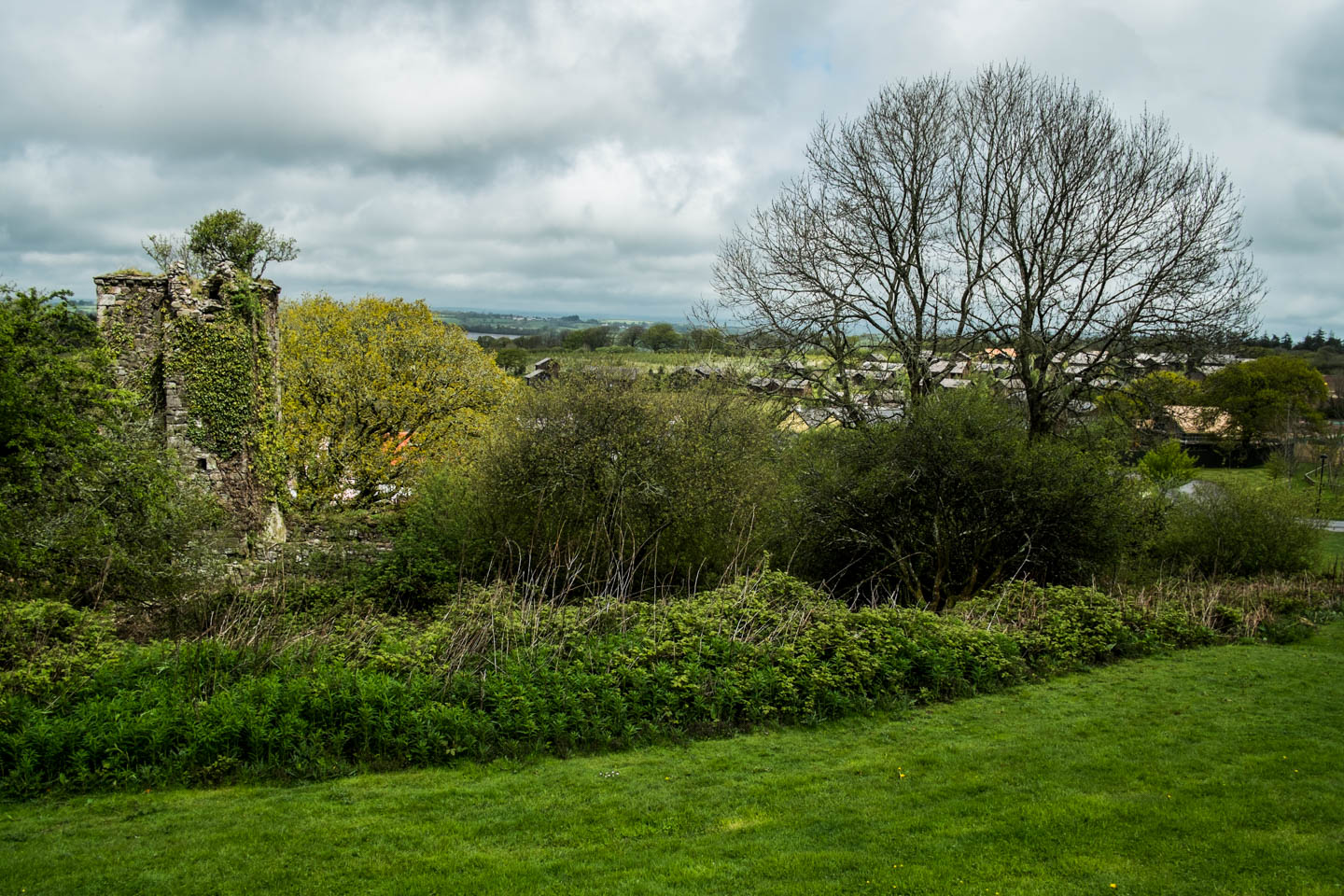 The ruined, 12th century church of Newton North sits quite uneasily among the rows of chalets and faux terraced houses of the ever expanding Bluestone National Park Resort in Pembrokeshire. The stone tower, ivy covered and crumbling, calls out to be investigated. Of course, any curious explorer is met with a fence, a locked gate and the usual “Danger. Keep Out” signs. 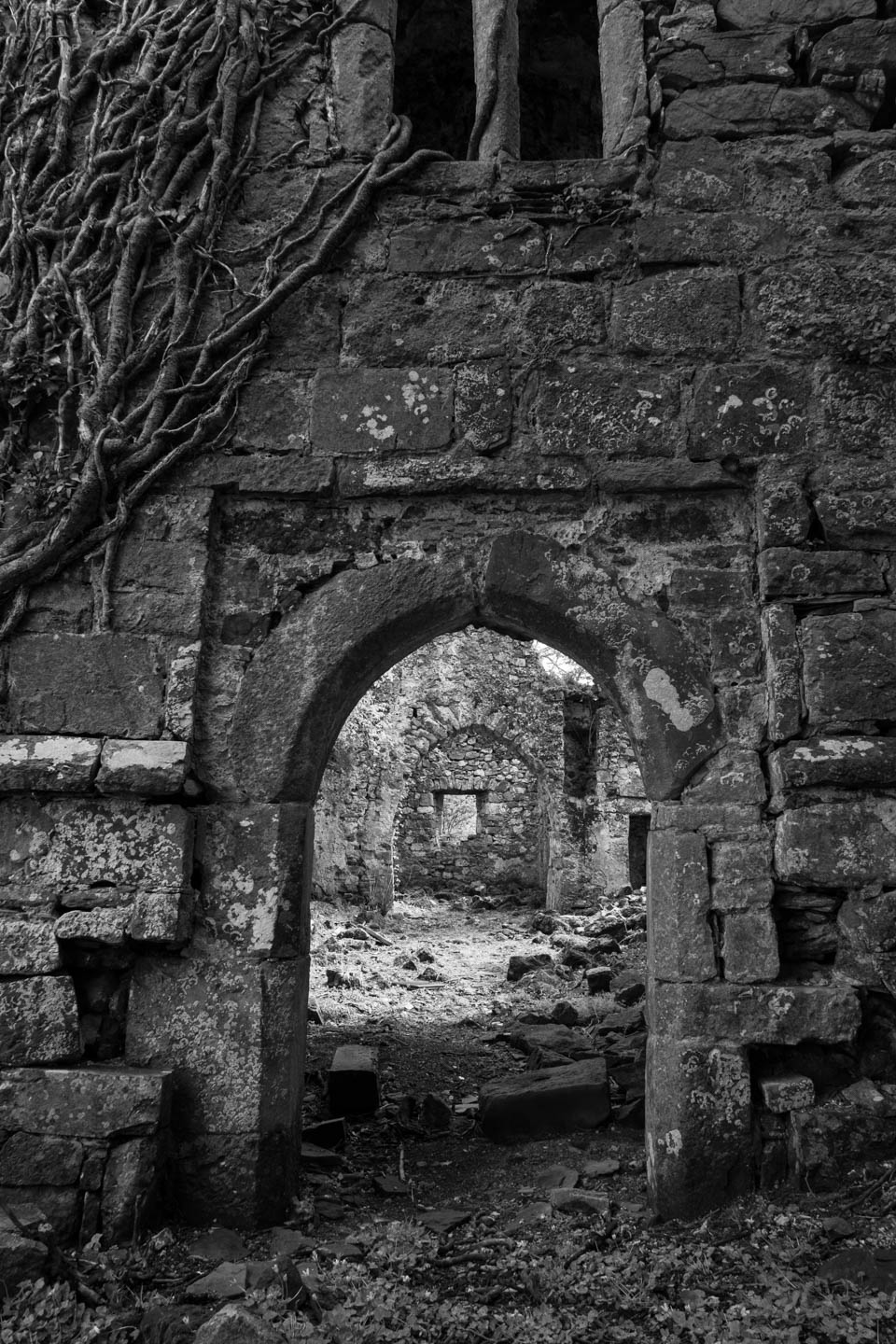 I like a good ruin. I’m used to being able to mooch around the derelict cottages and old farmhouses which are scattered around the countryside. So, feeling that I’m fairly good at assessing this kind of risk, I couldn’t resist nipping over the gate for a closer look. 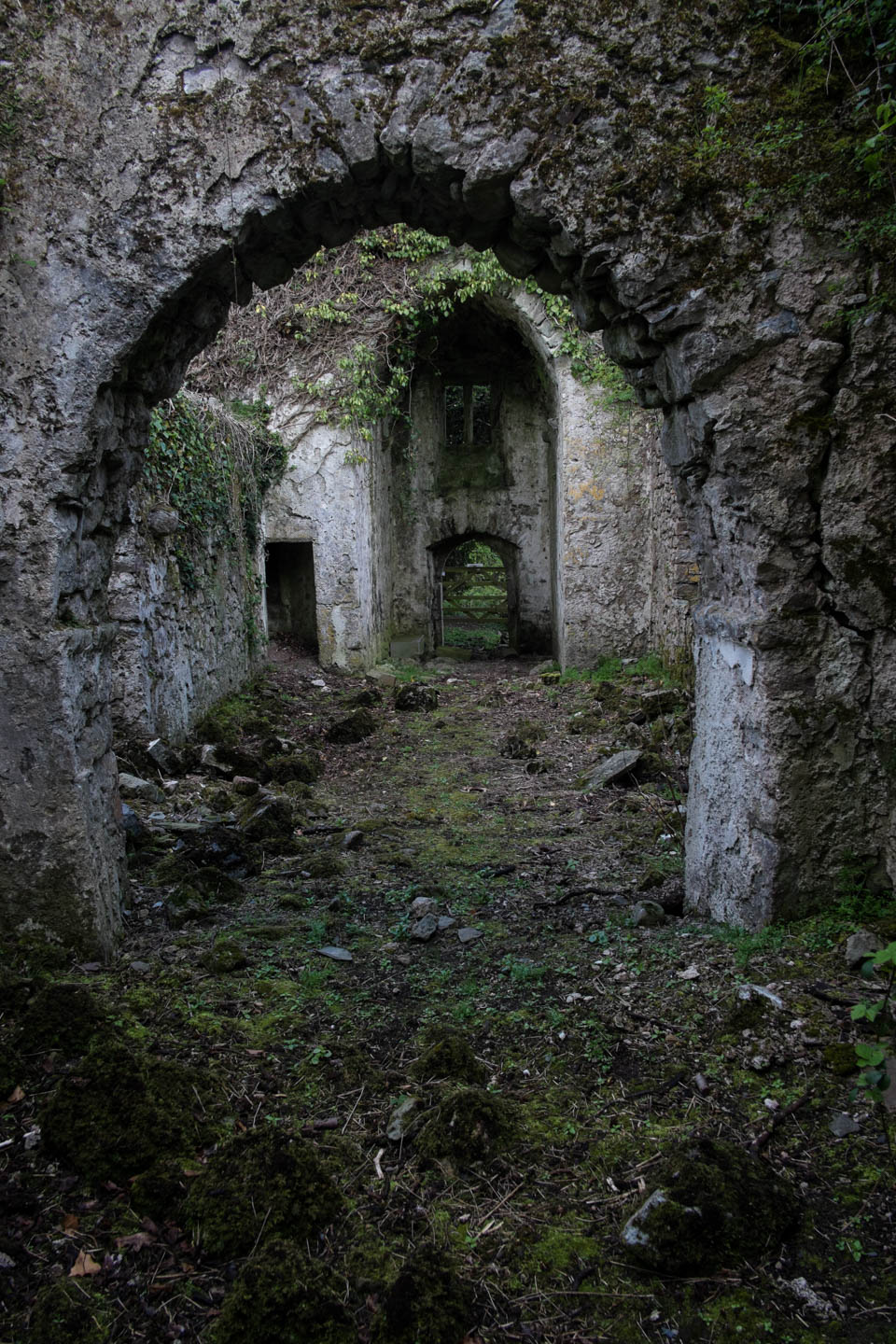 I soon spotted the main reason for the “Keep Out” sign. There’s a small doorway at the base of the tower with steps leading up into the shadows. Impossible to resist really. They are extremely narrow and there’s very little headroom, but they seemed solid enough to me. The childlike thrill of exploring the unknown, one careful step at a time, is always great, maybe slightly better when it's a bit illicit! Some way up the tightly spiralling steps, there's a doorway leading into the empty shell of the tower. I paused to peer in and there was a classic movie moment when I disturbed a Wood Pigeon that scared the crap out of me. I carried on a little further up, but stopped well short of the top. I think a figure, suddenly appearing out of the ivy at the top of the tower, would have been spotted. I didn't really want to deal with an irate security official. 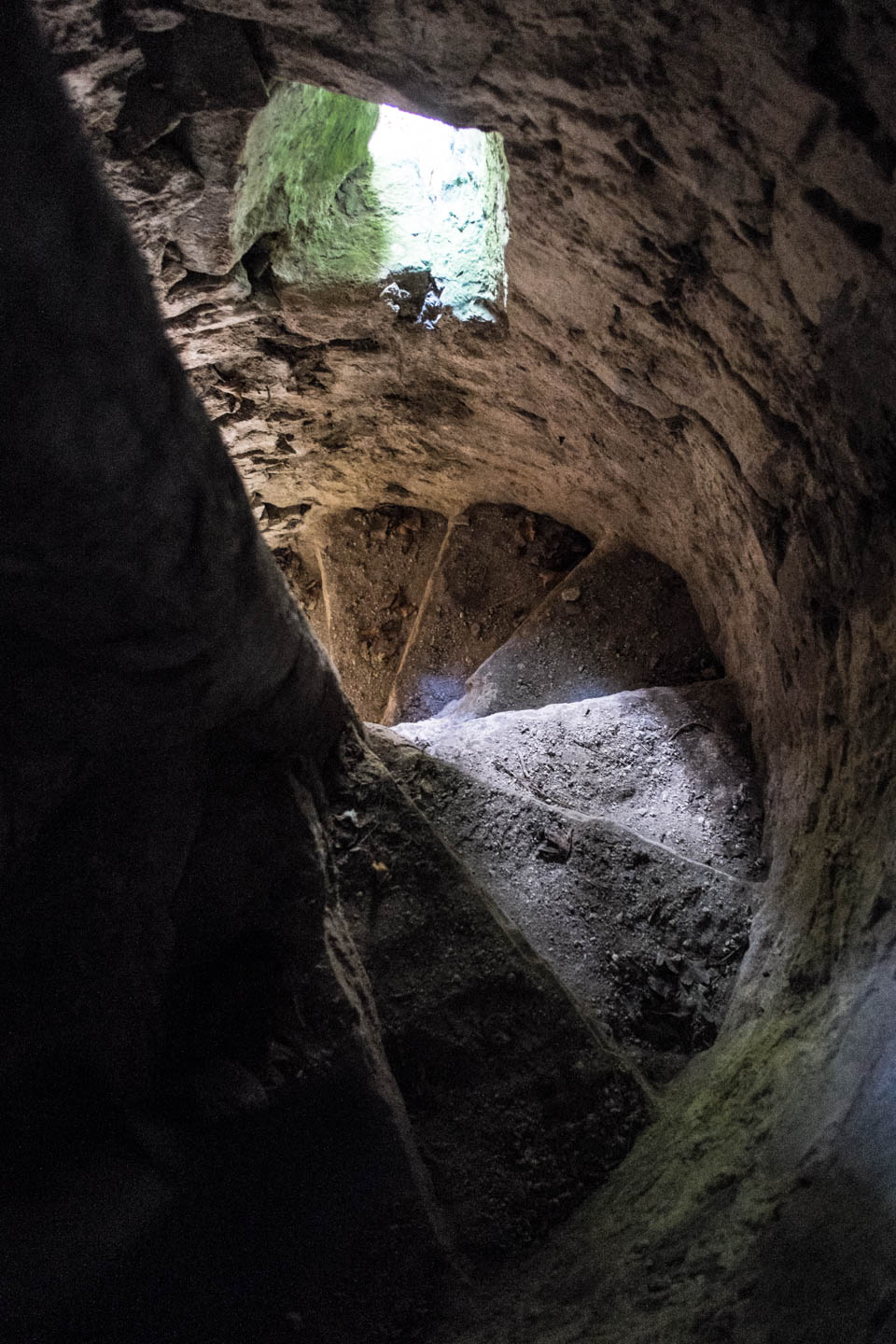 It turns out there is another fine ruin close by, in Canaston Wood. This is a manorial hall- house dating from the 14th century, known locally as Castell Coch. Again, this is a proper ruin.  Huge, crumbling, ivy covered walls loom out of the encroaching trees and undergrowth. 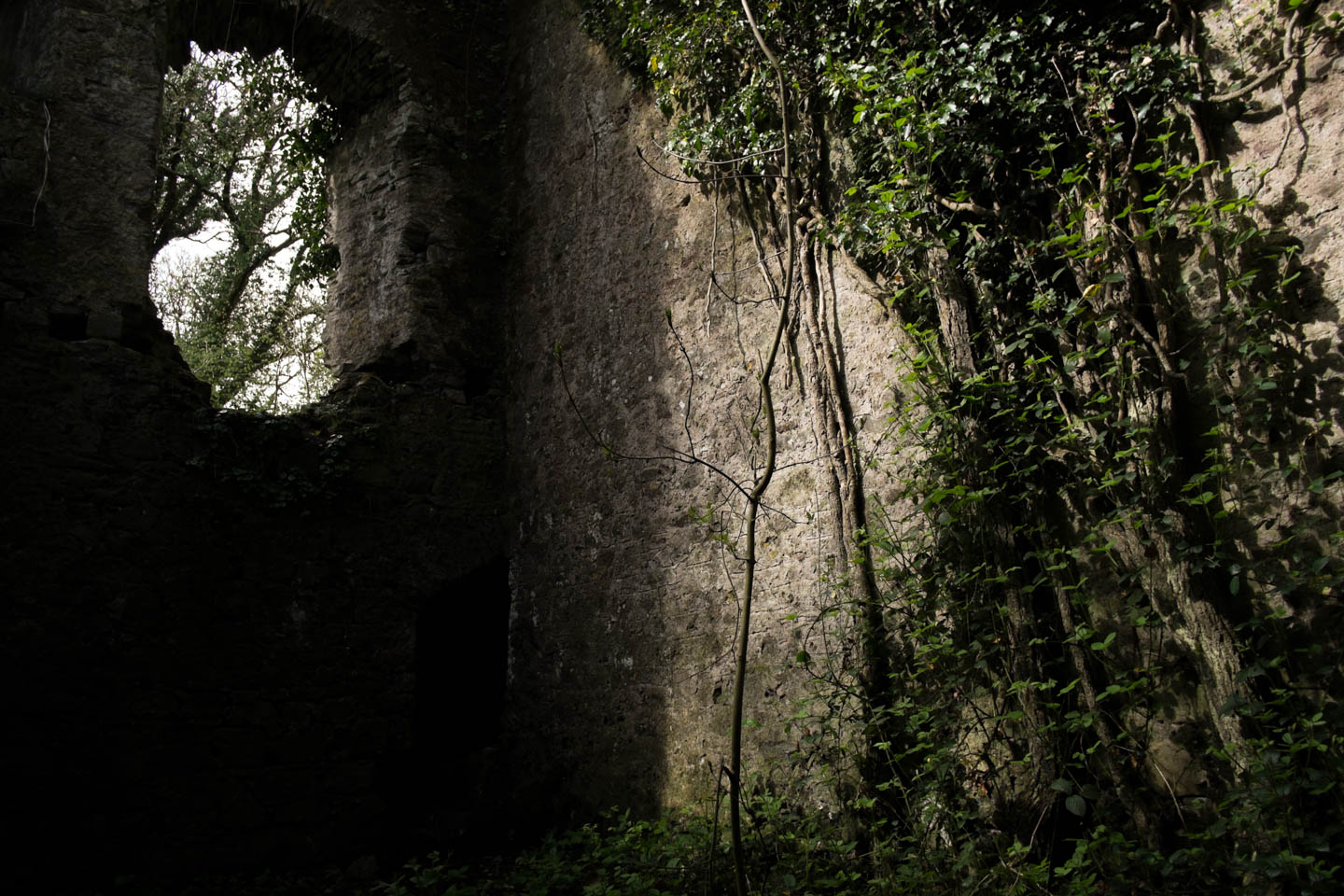 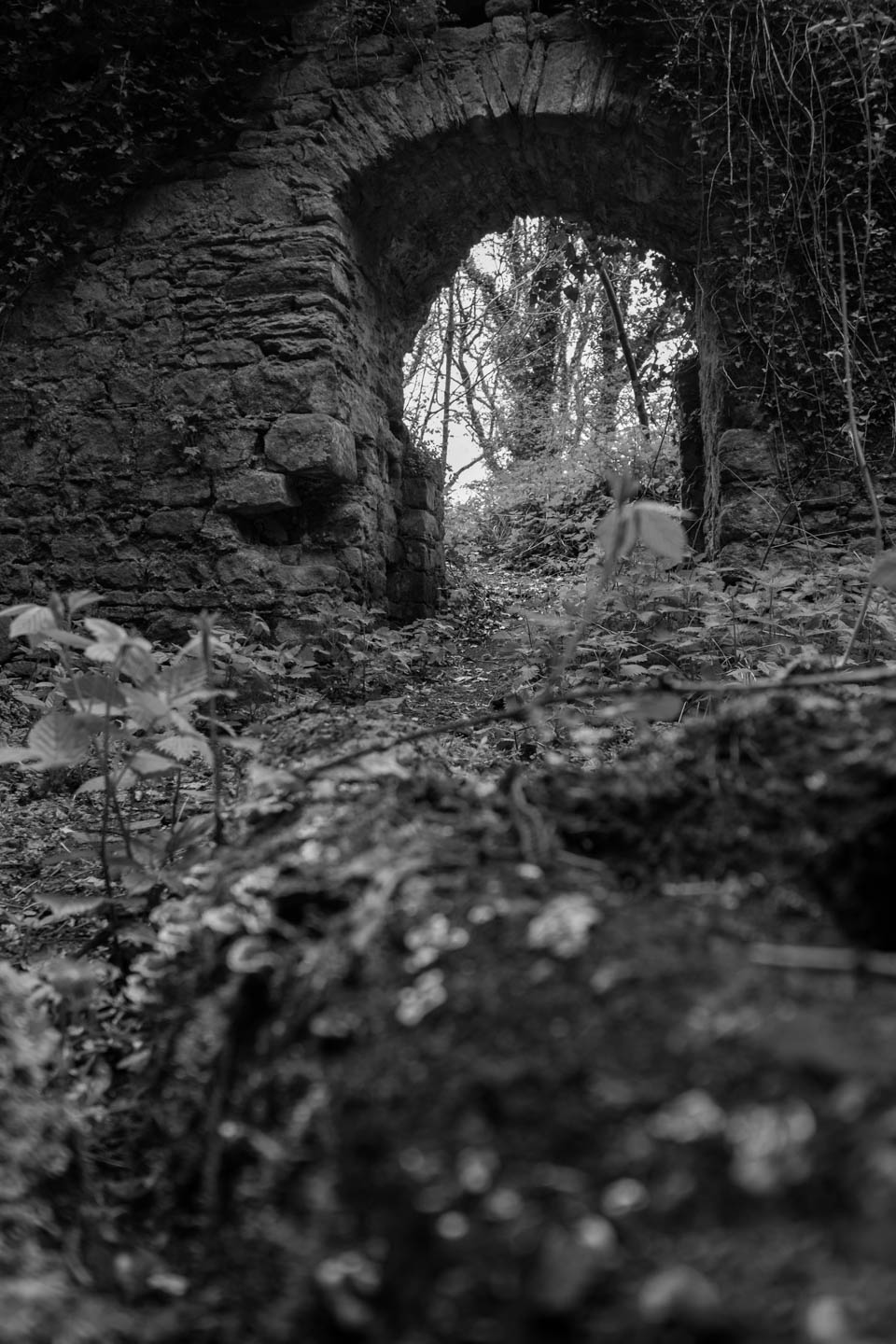 Despite a few precariously hanging rocks, there are no fences, gates or "Keep Out" signs. Here you can wander freely, stumble over rubble and fight past brambles. This is a wonderfully unkempt ruin. The ivy reaches up at the walls slowly tearing them down, and all manner of plants and fungi have taken up residence. Nature has moved in.

Back at the tumbledown church, there is a small panel nearby, informing us of the building's great age, it's architectural and historical importance.  Then, it goes on to say that there are plans, in the next few years, to restore it to a functional church once more, presumably for use by the ever changing residents of Bluestone.
It was described as "Remains Of Church" on 19th century maps, so it seems unlikely that it has been a functioning place of worship for hundreds of years. There may be many who would disagree with me, but wouldn’t it be better to simply consolidate what’s there? Make it last a little longer in it's current form. Clear the rock strewn floor, make good the walls, and yes, even fence off the steps if necessary. It could be a functional derelict. We sometimes need reminding that we can't put everything back the way it was, that nature will nibble away at the structures we have built. This could be a place to contemplate, not the dogmatic and exclusive ways of any one belief system, but rather just the passing of time.