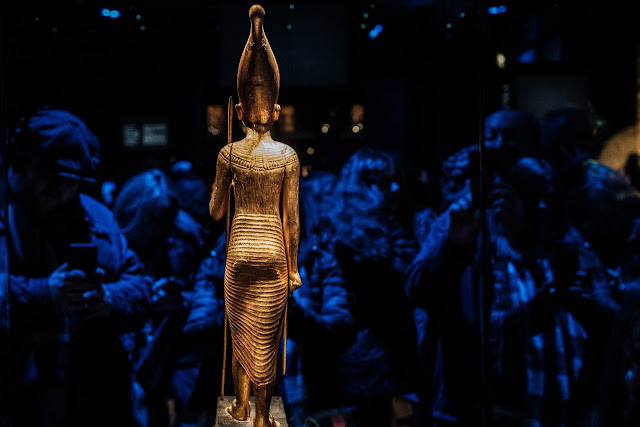 I’m sure I’ve mentioned before my apprehension and general discomfort at travelling into London. However, the galleries and museums are among the few things that, for me, make it worthwhile. The other few things being food drink and some good photography opportunities.
This particular trip had been planned for some time, we’d booked tickets to see the Tutankhamun  exhibition at the Saatchi Gallery pretty much as soon as they became available.  Back in 1972, my parents had taken my sister and I on the journey from South Wales, to see the exhibition at the British Museum. My memories of that time are a bit hazy. I remember the queues and being exhausted, and I remember the iconic golden death mask and a few other bits and pieces. It would be great to see it all again, and this time there were many different artefacts on show.

It was an amazing display, and I couldn’t help reflect on how different things were now, nearly 40 years on from when the Pharoah’s treasures first visited these shores.  In ‘72 I  remember being paraded past glass cases with little time to contemplate what you were seeing, and there was definitely no photography allowed. Now, as well as the objects themselves, beautifully displayed, perfectly lit, and viewable from all angles, there are rich sources of information in print, on personal audio guides and video screens. The biggest difference of course is that photography is positively encouraged, and everyone, in the form of the mobile phone, has the means to capture all that they want.

I stopped taking photos after a while. Partly I was happy just to stare and absorb the wonders around me, and however good my lenses were, I couldn’t really capture what I felt about them. I became fascinated by how others were experiencing and interacting with the objects. 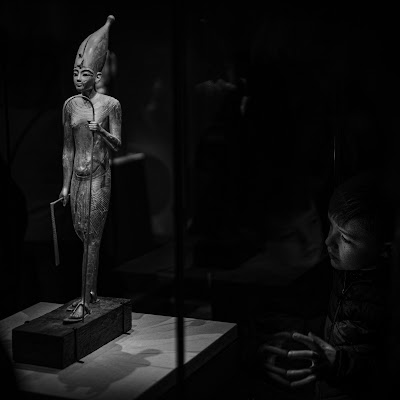 Most heartening was the way children were so engaged with it all. Yes, some, like my tweenage stepdaughter, were snapping away with their phones, but she was also listening intently the narratives, asking questions and then enthusiastically sharing her experience with her WhatsApp friends. 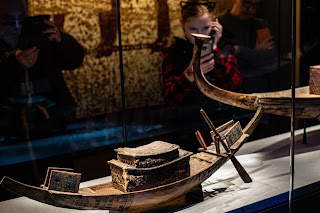 I heard a lot of kids asking questions their adults couldn’t answer and that’s because some of them seem to breeze through waving their phones at everything in an almost offhand way. Some clustered briefly around any given object, and jostled to get the same shot as everyone else, venerating the Pharaoh in their own way before heading to the gift shop with it’s rows of golden statues, key rings, t-shirts, books and hats. They were even selling sand (from Egypt apparently) in a bottle for £6 a go! 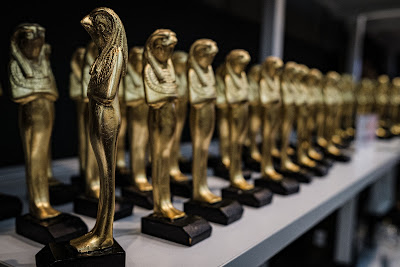 This interest in how people experience galleries and museums continued later in the week when we spent a day at The Victoria & Albert.  I love this place and haven’t spent nearly enough time there. 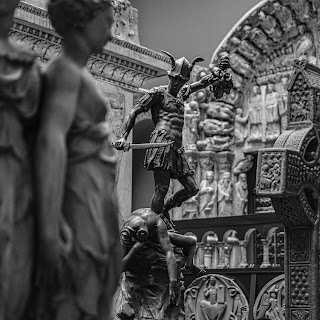 As I wandered and pondered, I was taken by the different ways people used the spaces and interacted with exhibits. 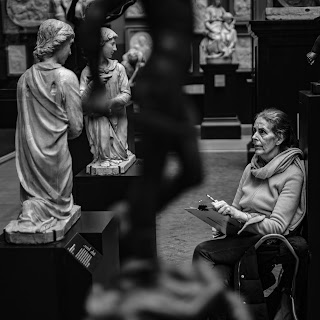 I like the sketchers. They’re always so utterly engrossed in what they’re doing. Studying, squinting, the scritch-scratching of pencil or charcoal, and the occasional frustrated discarding of an attempt gone wrong. They are almost completely oblivious of all those other visitors meandering around them.

Others that are oblivious are of course the sleepers. Sometimes snoring, occasionally waking with a start only to nod straight back off again. Mostly men in my experience. Are they bored? Jet lagged perhaps. Have they just tried to fit too much into their visit? 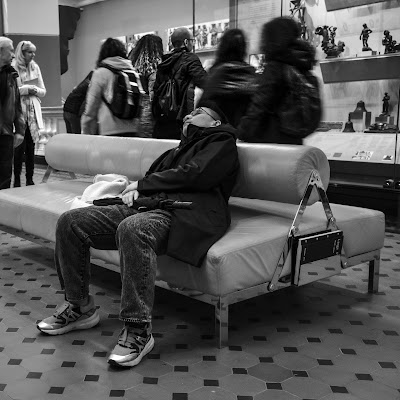 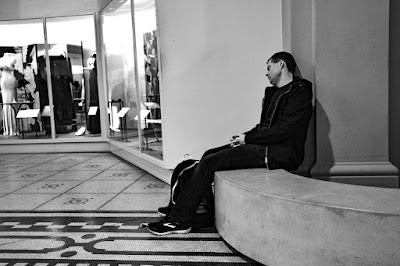 Some like to touch and really commune with the objects, something I’m sure isn’t entirely appreciated by the curatorial staff... 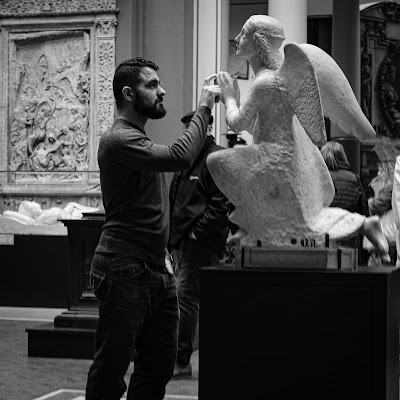 Simply sitting...one of my favourites... 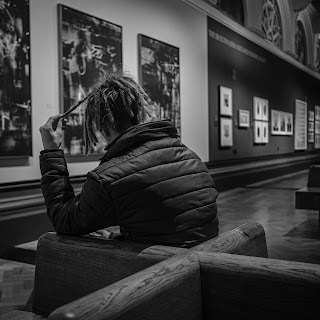 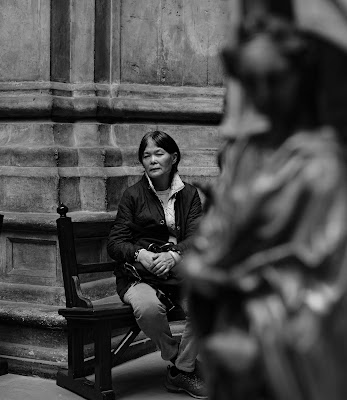 Some find a good spot for some posing, again, oblivious to others around them, completely relaxed... 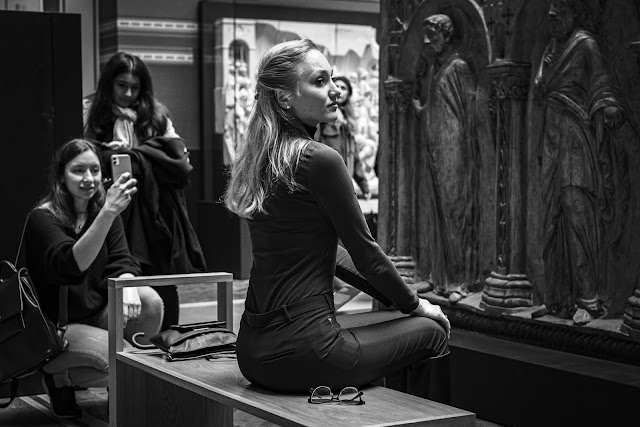 So, it seems to me that some visit places like this to tick it off a list and flick through a load of hastily taken photos on their phones, happy that they’ve “ Done the museums” and taken it home with them in the form of transient data.  Some come because it’s somewhere to bring the kids on a rainy day, and, let’s face it, there are worse places. With any luck, at least some of those kids will put down their phones for a while and grow into those who find these institutions places of learning, contemplation, relaxation, or inspiration, thus helping to secure their future for generations to come. Here’s hoping. 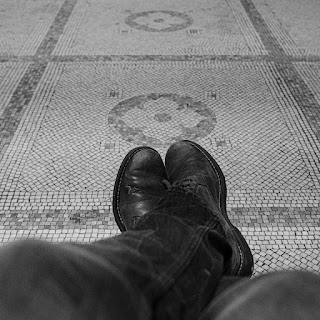