After many, many months of searching through the dark corners of the Library, I think I have found all I am going to find of Miss Lobb's collection.  I have found all but 5 items on the list. My most recent find was this rather gorgeous Victorian, Mother of Pearl bound portrait album. I had seen this on the inventory and, in all honesty, given up on finding it. 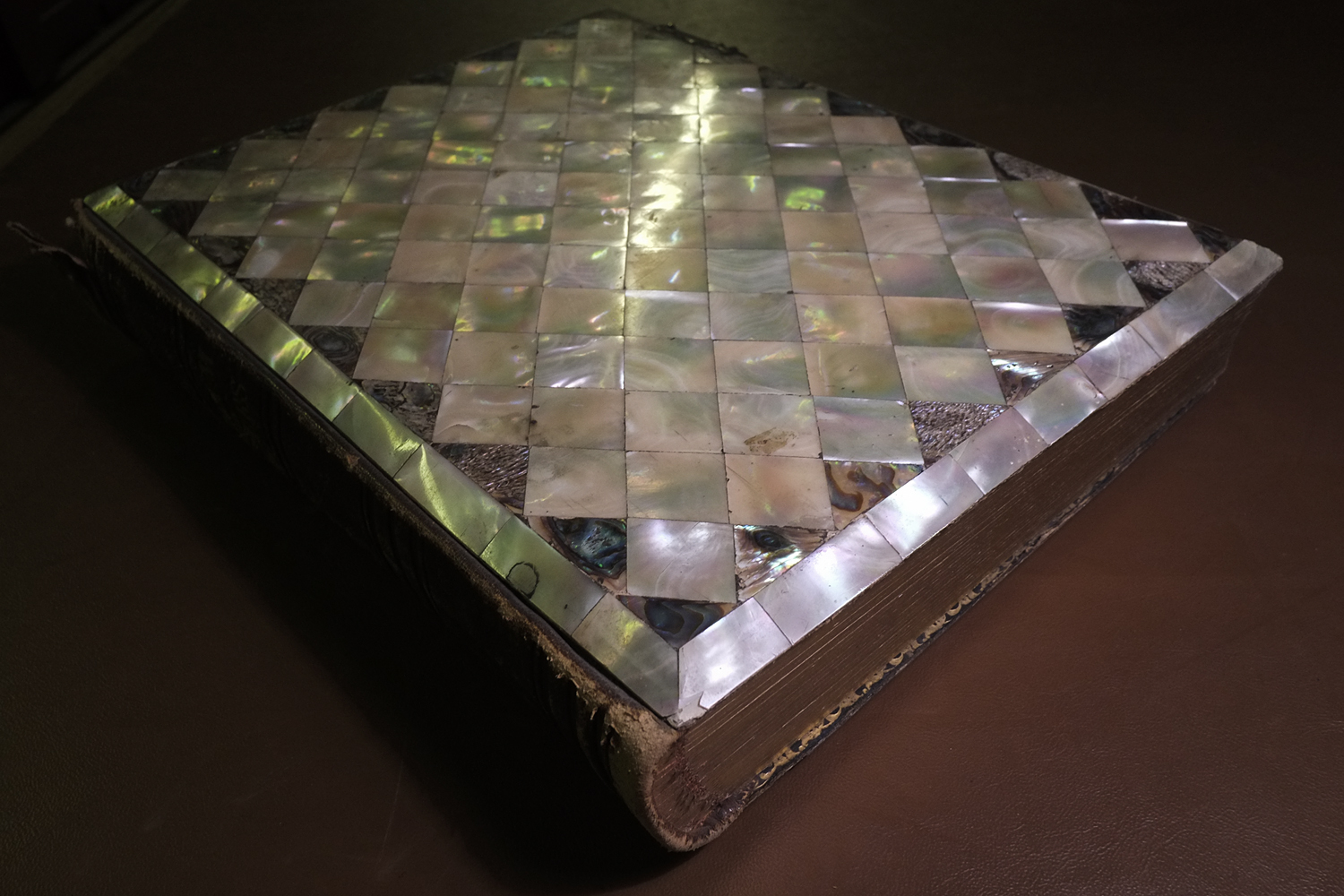 It doesn't contain any photographs any more, though there are names, in pencil, written under all the placements inside. They are mostly celebrities of the day, including some Royals and various landed gentry.
The other things I have been looking at quite a bit lately are scrapbooks. It turns out that the majority of the Library's collection of Victorian Scrapbooks, came from Miss Lobb's bequest, and until now they have remained listed (if they are listed at all) as "source unknown".  Some of them were her's, others came from her Grandmother, possibly her mother, her Aunt and one has the name of her younger sister, Arabella, inscribed on it. Some of them seem to have been bought at jumble sales or auctions, she seems to have been a real hoarder, collecting all manner of cuttings, illustrations and postcards. The materials contained therein are quite surreal! Things like the quite scary looking clown on a donkey were actually mass produced. You could buy whole sheets of "Scraps" like this and one has to wonder which particular hallucinogens the artists designing these things were abusing! 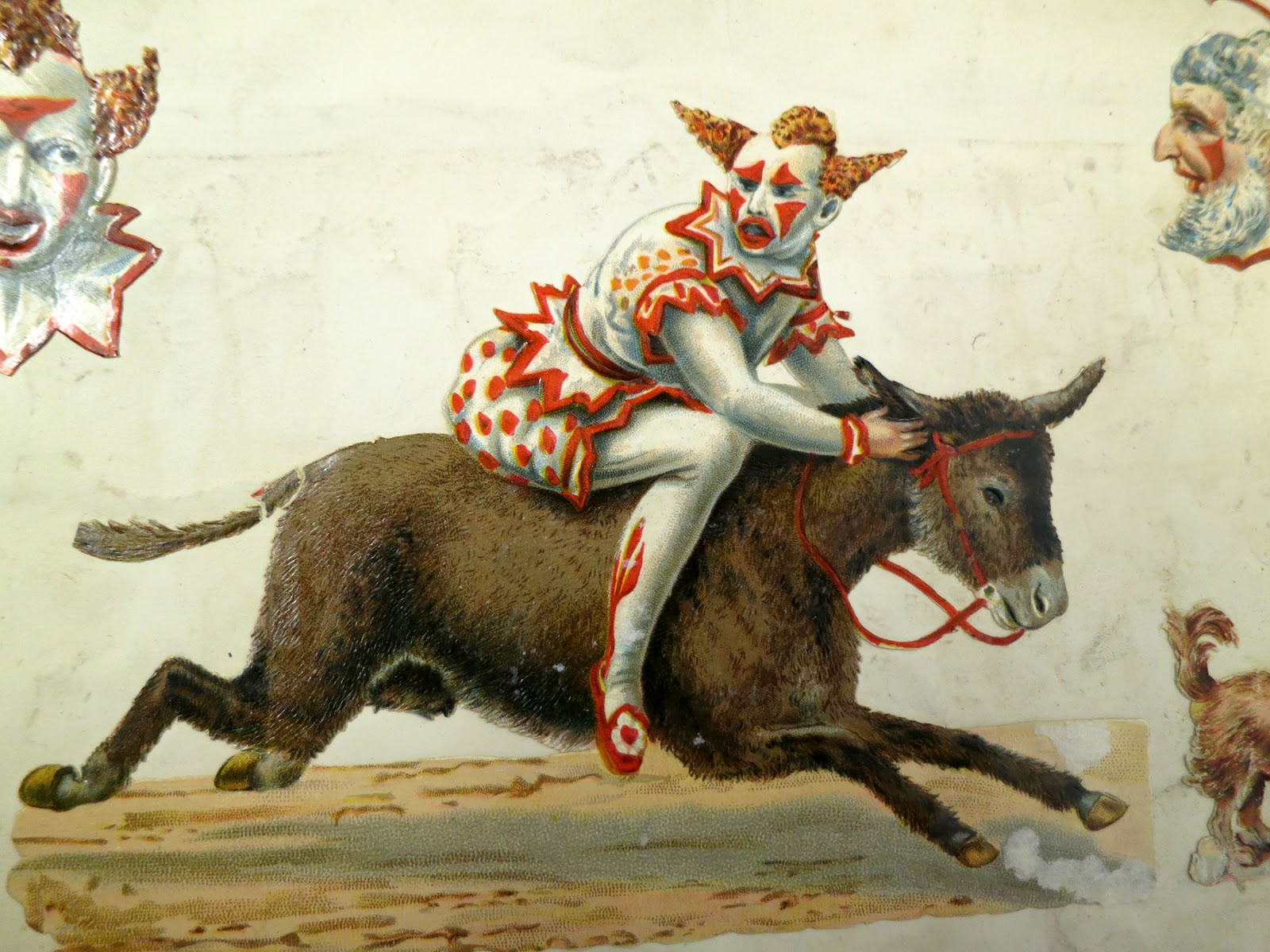 Is there something I'm missing in this? Why is the clown on a donkey? He seems to look quite alarmed as well as alarming! Maybe there was context to this for people of the time, something now long lost. Who thought this up?! Did some low paid artist wander into the "scraps" studio and declare "I have it chaps! What we need is a clown on a Donkey!"
Still, none of it is any stranger than finding reality TV amusing! 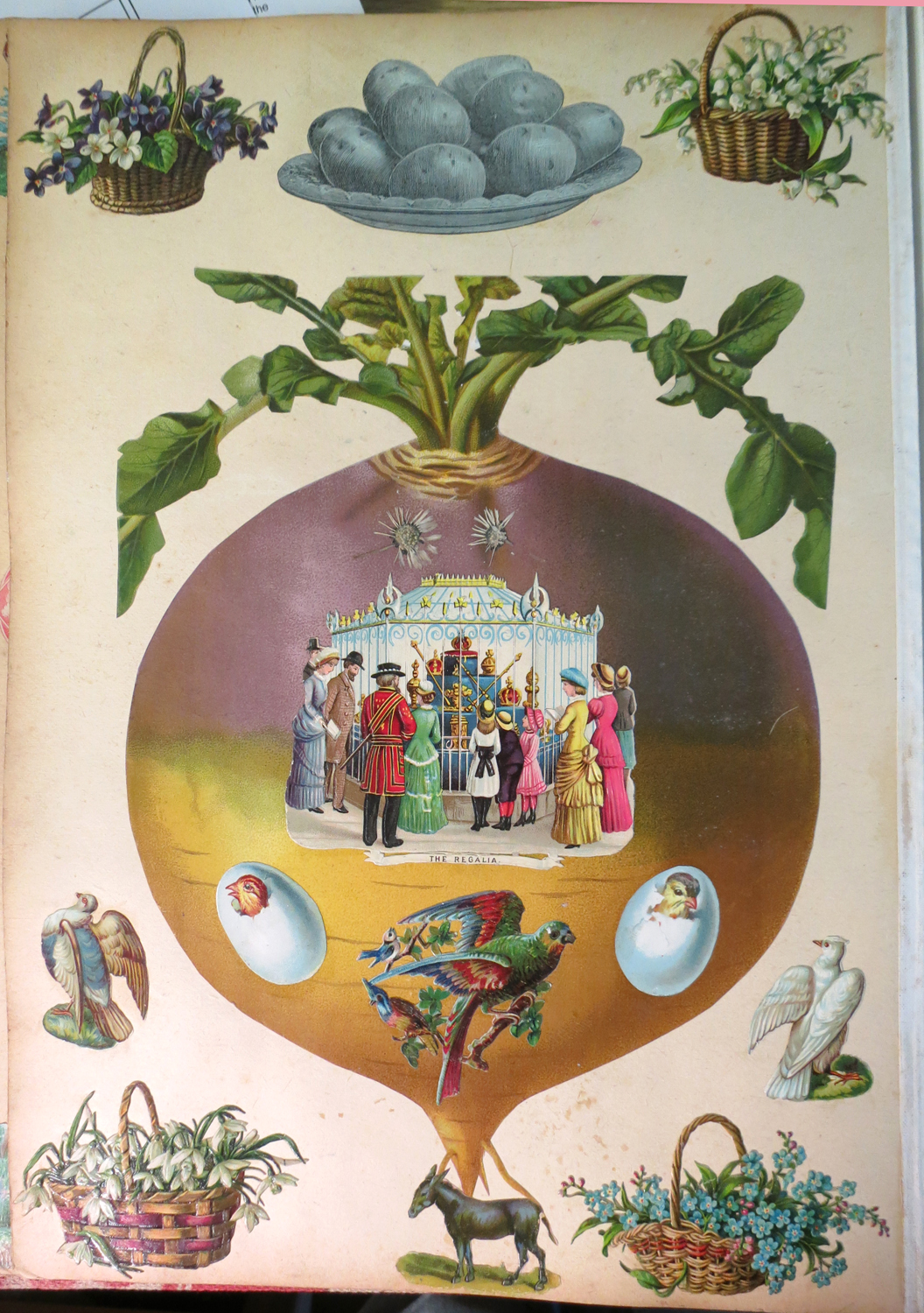 This is just one of the pages reflecting, what seems to me, a strange obsession with vegetables! They appear with remarkable regularity. Turnips, potatoes, and particularly peas! Many of these things appear in other scrap books so I can't be sure if it's a general Victorian cultural thing or just the strangeness of the Lobb family! Here I think we're seeing, Tony Robinson on the left in a Victorian incarnation of Baldric, Frankie Howerd in the middle, not sure about the one on the right, any suggestions?!

Anyway, now that I know the whereabouts of the collection, I can start looking at it all more closely and recording what I find. This may take some time.